Nearly every week there seems to be a conference in one city or another around blockchain, cryptocurrency or a combination thereof. While few have yet to reach the breakout status of such events as Consensus, there are some intriguing brands building buzz such as CryptoBlockCon. In fact, a number of key insights and trends-to-watch were the result of their most recent conference, and there are a few takeaways that will be helpful for your fourth industrial revolution arsenal.

Having recently completed the conference’s Los Angeles date and right before the London, England and Las Vegas, Nevada conference dates to be held during fourth quarter,  the CryptoBlockCon team leveraged its 20 years of experience producing thought leadership-oriented programs to provide a platform from which executive leaders in the space could share challenges, collaborate and create solutions.  “For those yet to discover blockchain,” explains Wyatt Hoover, Executive Director of CryptoBlockCon,  “we provide educational opportunities to help entry-level enthusiasts, entrepreneurs and investors get started and, of course, understand all the opportunities and risks associated with those activities.”

Indeed, executives such as Gil Beyda, Managing Director at corporate venture capital firm Comcast Ventures and Founder and Managing Partner at Genacast Ventures spoke at the event on the topic based on his experience and analysis of this growing arena. “From an investment perspective, the blockchain and crypto space is one of the most exciting places to be right now,” he said. “In terms of blockchain and crypto technology, it’s not the early innings of adoption, but in the pre-game. So we’re investing early to help understand the space.” 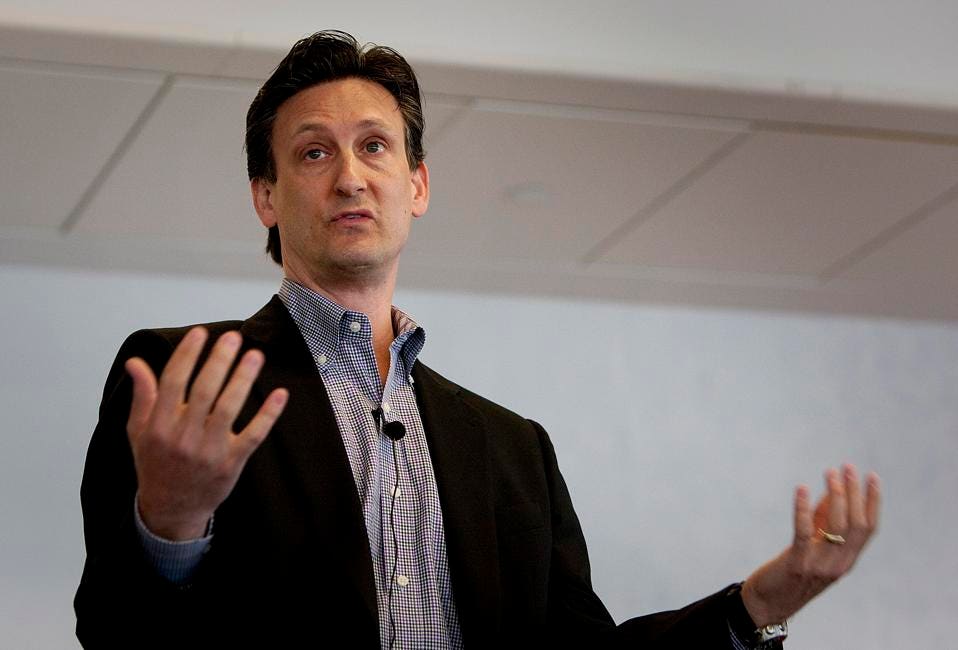 Beyda notes that a particularly exciting sub-category-to-watch is that of identity. “With widespread data breaches and complex regulations, companies are struggling to keep up. An example of a company innovating in this space is BigID, which helps enterprises find, analyze, and de-risk identity data for personally identifiable information (PII) protection, privacy and governance,” he says.

Beyda notes that a second area-to-watch is that of application of blockchain technology in the enterprise rather than the consumer space. “Businesses are rapidly experimenting and iterating with consensus-driven business models that enable companies to transact without the need for trust. This technology has the potential to change the landscape for supply chain and financial transactions over the next two-to-three years,” says Beyda.

Steve Masur, an attorney and partner at Masur Griffitts + LLP spoke about the need to watch for legal impediments that may stand in the way of this new arena and how to reconcile those interests, particularly as they pertain to startups.

“The amazing thing is that for the first time in recent memory entrepreneurs are running toward regulation instead of away from it. There is a substantial move of American companies offshore to jurisdictions who have more clearcut crypto regulation regimes, like Malta, and Singapore. They’re afraid of the legal lack of clarity in the US. While there’s been a lot of loud, some might say incessant, discussion about the SEC and what it is doing, no one is talking about the CFTC, Fincen, or the states, who have just as much right to lay claim on the space,” explains Masur.

He adds, “What’s really amazing to me and worth watching is all of the innovation around new financial and legal models. I’ve never seen so much interest among the entrepreneurial community of new laws, what is legal, and new structures as I see now. Now entrepreneurs are taking a real academic interest in legal structures and inventive and innovative ways of doing things.”

Thus, Masur suggests watching the regulatory space closely as it intersects with global innovation. He noted that Malta recently passed three statutes: one regarding regulatory authority for crypto offerings and one regarding a set of rules for crypto offerings. However the third is particularly intriguing, according to Masur. It creates a new type of decentralized, unprecedented business entity similar to when the U.S. invented the LLC. “I think that’s pretty innovative. And they’re not the only ones by any means. Malta is just on the leading edge of a whole diaspora of countries, territories, and municipalities trying the win the race of attracting the best community of blockchain companies. It’s a super exciting game to watch and participate,” says Masur.

For Eli Jawad Ansari, Head of Blockchain Investment Banking at Boustead Securities, the convening of attendees from both academic and private sectors made this conference a bit more robust than the usual.

“Discussion around the security tokens was big here,” he observes, “both the projected $10 trillion size of the securities token market and the inherent problems associated with the utility tokens due to the underlying enforcement actions and the fact that they do not allow any sort of ownership or profit participation.”

Ansari spoke on both the ICO Investments and the Future of ICOs panels at the conference. “Being in the securities tokens investment banking industry and working on launching BRX Exchange, the new Securities Token Exchange,” says Ansari, “I was surprised about how widespread the consensus was at this conference toward the market shifting to the Securities Tokens as the predominant form of token issuance, and the future of capital formation in the blockchain space.”

He concludes, “But even so, the biggest challenge will surely be getting all the needed regulatory licenses and technology applications to work across the board in a regulated securities token marketplace as we all further develop this industry.”

previous Blockchain for Good: How New Technology Is Helping Those in Need in Novel Ways
next Apple’s Steve Wozniak Plans to Get ‘Involved’ in Blockchain Project for First Time

Blockchain for Good: How New Technology Is Helping Those in Need in Novel Ways